An early start today to see Sutton Coldfield at its best. Which is basically Sutton Park, one of Birmingham’s busiest green spaces. The ducks were queuing up to dive in their special swimming pool.

(PLEASE NOTE – These are Canadian geese which should be avoided. Thanks to Richard Coldwell for the info.)

It’s a pleasant hour or so round the park, though it’s hardly in the Cannock Chase league.  Despite irritating drizzle, there were hordes of walkers.  I’d never be allowed to live here; you need to own at least one dog.

The town centre itself is quite dull, with pedestrianisation clearly achieved at the cost of knocking down much of the heritage.  This was probably the highlight in the “historic” High Street, which tells you all you need to know. 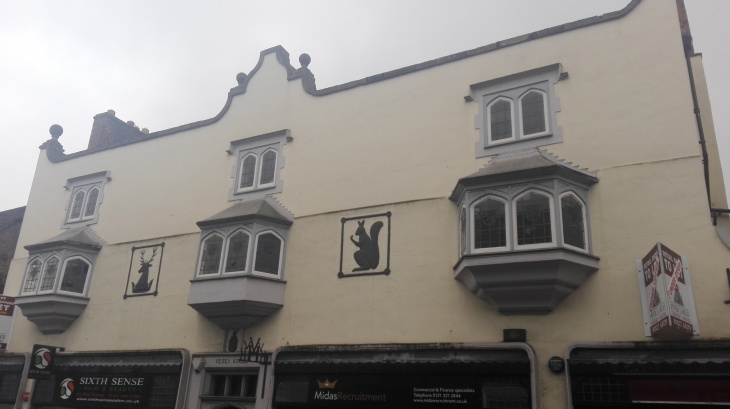 QUIZ TIME – What’s the animal on the right ?

Sutton is one of our most prosperous towns, apparently, but you wouldn’t know that from a shopping centre that wouldn’t compete with Wigan.  Few independent shops, and few shoppers under the age of 30.

The town has long been dominated by the chain pubs, with a clutch of Spoons and Embers in the Beer Guide over the years.  The exception is the Station (yes it is), which has the only example of street art, 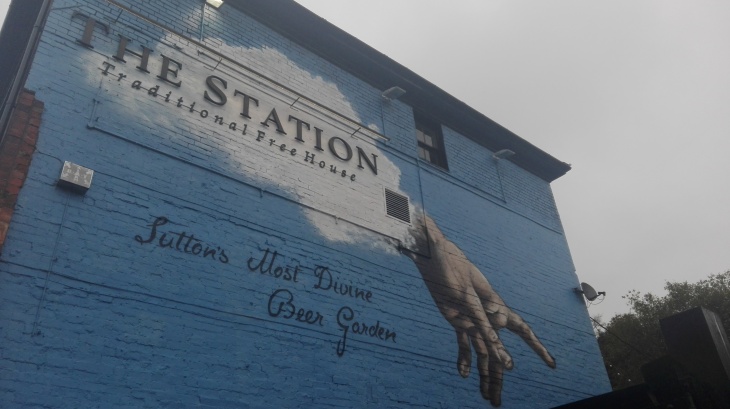 and only one handpump apparently in use (Holdens).

Plenty of handpumps in the Bottle of Sack, and another  example of Spoons current love affair with Otter.  Good to see the plain Bitter here, which was exceptional (NBSS 3.5)

Simon will find something interesting to say about the Bottle of Sack, I just observed folk in tracksuit bottoms staring sullenly at each other while waiting for their 1,600 calorie breakfasts. Magners with ice, rather than Otter, was the drink of choice.

Admittedly a smaller chain, but the Brewhouse & Kitchen places that have burst into the Beer Guide this year seem just as formulaic as the Spoons (which they’ve taken over from in at least one town).  Tall tables, “craft” explained, keg taps on the back wall, Greene King style décor. 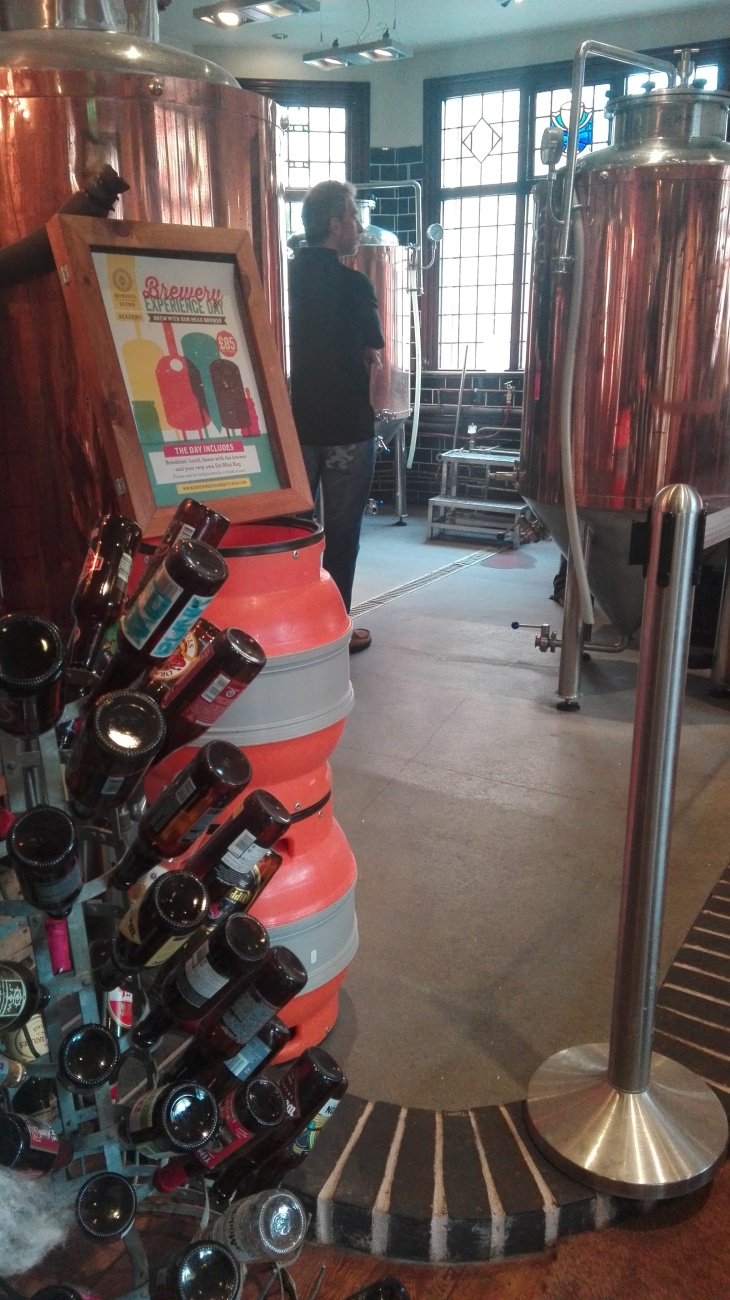 I like shiny as much as anyone, but this is shiny-by-numbers.  The beer isn’t much either, very malty and dull.  Oddly, the coffee was spectacularly good.

As were the freshly baked samosas from PJ’s Express opposite the Spoons.  They’re a true national treasure.

16 thoughts on “THE CHAIN JOYS OF SUTTON COLDFIELD”