The bad news is I still haven’t seen “Finding Dory” as we’re saving it up for the wet day next week in Wales. That will be my third trip over Offa’s Dyke in a month, as I hope to make some overdue inroads into the 170 Welsh Beer Guide pubs I’ve still to do before the Euros glow wears off from their lovely people.

Rather worryingly, I managed 67 new Beer Guide pubs in July, spread over 17 counties. I can’t be bothered to analyse the scores, but beer quality was pretty good apart from those days when everyone complained about the heat. Most of those 67 were quieter than you’d hope though.

New pub of the month

Two standouts in July, about as far apart on the scale as possible.

Major Tom’s Social in Harrogate is as good an example of a quirky modern bar as I’ve seen this year, and had some of the best beer (Cloudwater as well) in that heatwave. Better seating than a lot of the restaurant pubs provide these days too.

The other highlight is, of course the Anchor. I cannot wait to see what Simon Everitt (or if I’m honest, his Mum) make of it when they visit.

The only things in common between these two pubs were;

Beer of the month

It wasn’t new but Newtown’s Railway Tavern just over the border from the Anchor was the pub experience of the month, the final confirmation that the Welsh Marches are unbeatable. The Salopian Bends scored 4.5, and it was that good, a half served for me in a pint glass by a wonderful publican. 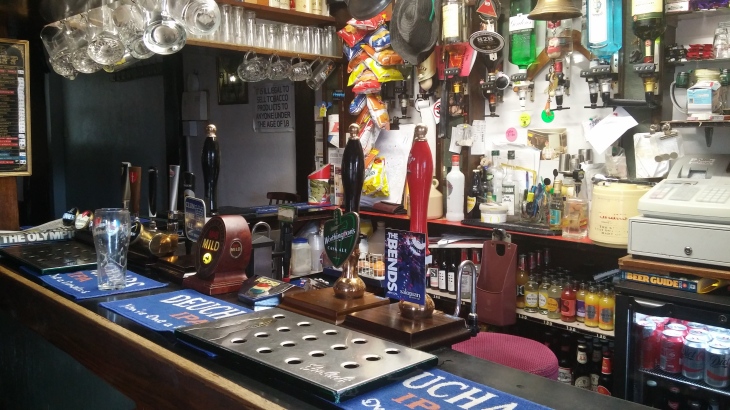 I reckon that Bury’s  Dove has similar characteristics to the Railway, another basic community local with a focus on beer quality.  The Mighty Oak Kings, from the jug, was also a 4.5.

Discovery of the month

Simply, Chichester Harbour is beautiful, has proper pubs and a great Chinese takeaway. Shame about the smuggling.  I was fibbing about the goths.

Re-Discovery of the month

Self-styled punks who steal lines from Rush, Martha were the best thing I heard all month, particularly on their home patch. I’m still playing their two LPs on rotation.  A great evening by the Cathedral enhanced by a return trip to the Elm Tree and Colpitts restored my faith in Durham’s proper pub scene.

1 No-one should have to choose between pub cats and pub dogs. 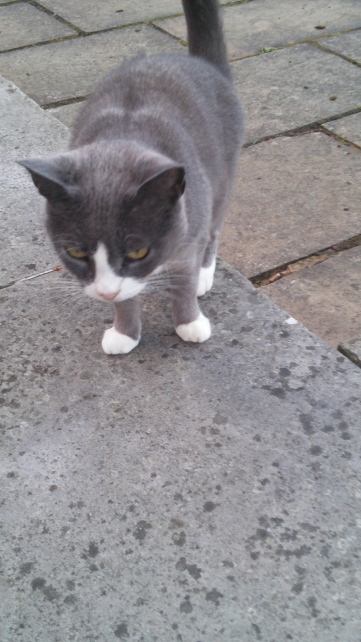 2 No-one should steal other people’s olives in pubs 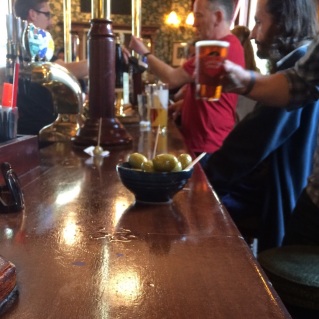 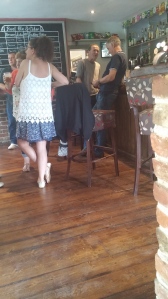 Snowdon to Swansea in a campervan, City v Sunderland in Manchester, finishing off Kent, Lancashire, Shropshire and Hampshire.  And preparing myself mentally for the new Good Beer Guide.