As Café Beermoth has had such glowing reviews since its surprisingly prompt opening last month, I thought I’d share a less happy tale.

Last week I suffered a loss I’m only now coming to terms with.  After the  Manchester Beer Fest  I appear to have lost the collection of CAMRA Newsletters I’d spent 2 hours accumulating. We all have foibles – some folk collect thirds of pale beer in plastic bottles and take them home.  The loss of Ale Cry 108 is particularly devastating.

Looking at my Google Maps timeline the next day, I could see a train journey of 88 minutes between Piccadilly and Altrincham, where I was basing my search for a Chinese takeaway (Wok Inn near the Unicorn).

I can only surmise I’d been asleep while the tram carried me repeatedly past Old Trafford, and at some point I’d been robbed of those newsletters (they left my MBCF glass though). Or perhaps I just left them on the train for someone else’s conversion to the cause. 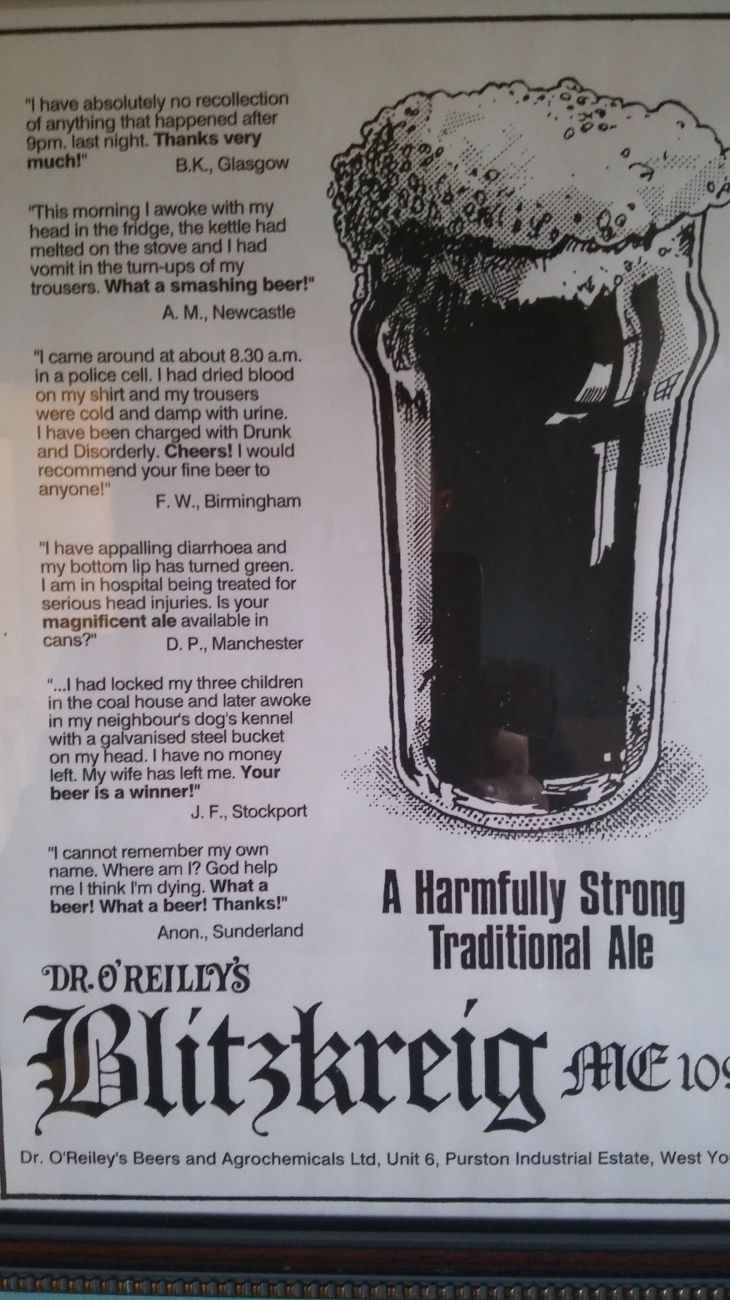 This bit of pub toilet humour spotted in rural Notts this week therefore struck a chord, as I had little recollection of Café Beermoth, which Google Maps also tells me I visited late afternoon, and which was clearly to blame.

But I have some photographic evidence of it (rather like Tyson’s, a bit hazy), and some further found footage in what I think WordPress call a local draft. It won’t be seeing the light of day, going well over the top in praise of Beermoth and particularly the Blackjack Ace of Spades, and somehow working Dexy’s Midnight Runners into it all.

I think the one above was Moor, which is always a good bet, but I reckon the Ace of Spades is worth tracking down again, probably at the Smithfield.

I rarely get drunk.  I can (not) recall 3 occasions; a post-exam Polish vodka night, a 15 pubs in rural Herefordshire afternoon (sorry Mrs RM) and a recent evening on the craft in Falmouth.

One thought on “CAFE BEERMOTH”