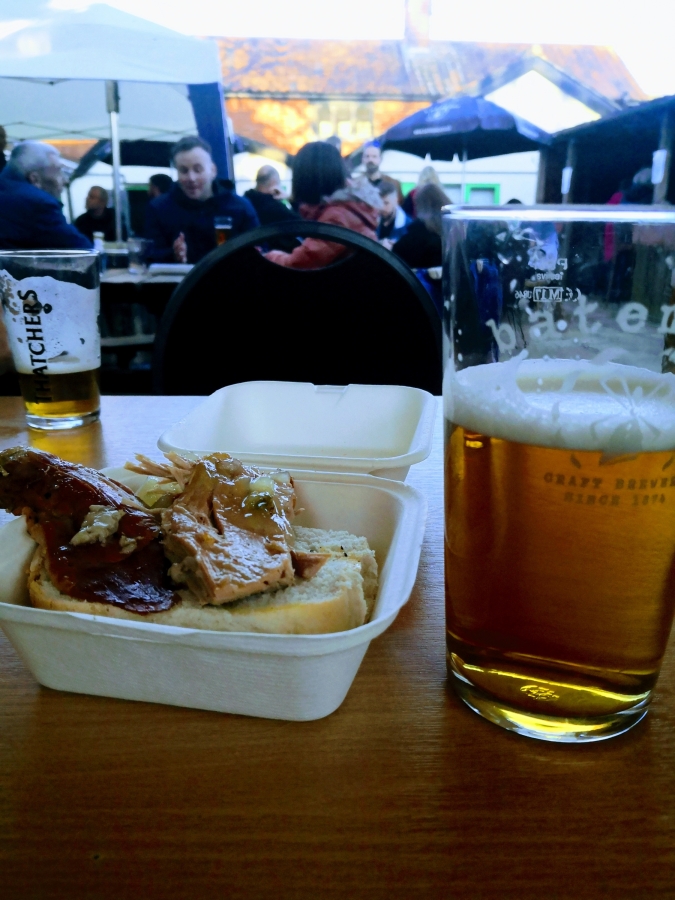 It’s only 4 days ago, but I’m still struggling to remember the, er, finer details of the Dereham distraction from my attempts to get back on the GBG ticking horse.

Only now looking back at the photos and the iconic route that night,

do I recall the cultural high points;

No idea about Bob the Brick, presumably a misguided attempt at a follow-up to a Number 1,

but that attractive outdoor seating greeted us at the entrance to the Royal Standard, which my very best readers will recall from a motorhome visit in 2016.

We were also greeted by a worse-for-wear bloke rushing past us, the first sign of life on the Dereham pavement that night (you can’t count the Spoons, can you ?).

We went in, deciding that a trip through the pub rather than straight round past the sofa to the garden was probably allowed, and give us a brief second to survey the keg options.

The Standard was closed on my last trip to the town, surprisingly re-opening that week to capitalise on the Glorious 12th, and we feared the worst.

Oh, paper labels on the “larger’s”. And handpumps.

Outside, we headed for the viewing seat, under the tarpaulin.

Behind us, children were laughing, “There Must Be An Angel” played (in Dereham it’s always 1985), someone shouted “You don’t NEED a DNA test !“.

It’s more eclectic, we mused, but they’re all related, so possibly less eclectic.

More importantly for your beer experts, a bloke Charles vaguely knew told us “The Beeston is drinking well“.

Blimey, he was was right. ALWAYS follow the steer of the bloke Charles vaguely knows.

“It was worth the wait !” said Charles, a clever allusion to the fact the beer was, in fact, CALLED “Worth the Wait“.

See what he did there ?

“There’s a bloke works in a garage out in Scarning” shouted someone, recalling the Kirsty MacColl classic.

At that moment, I was back in love with pubs.

9 thoughts on “WORTH THE WAIT”