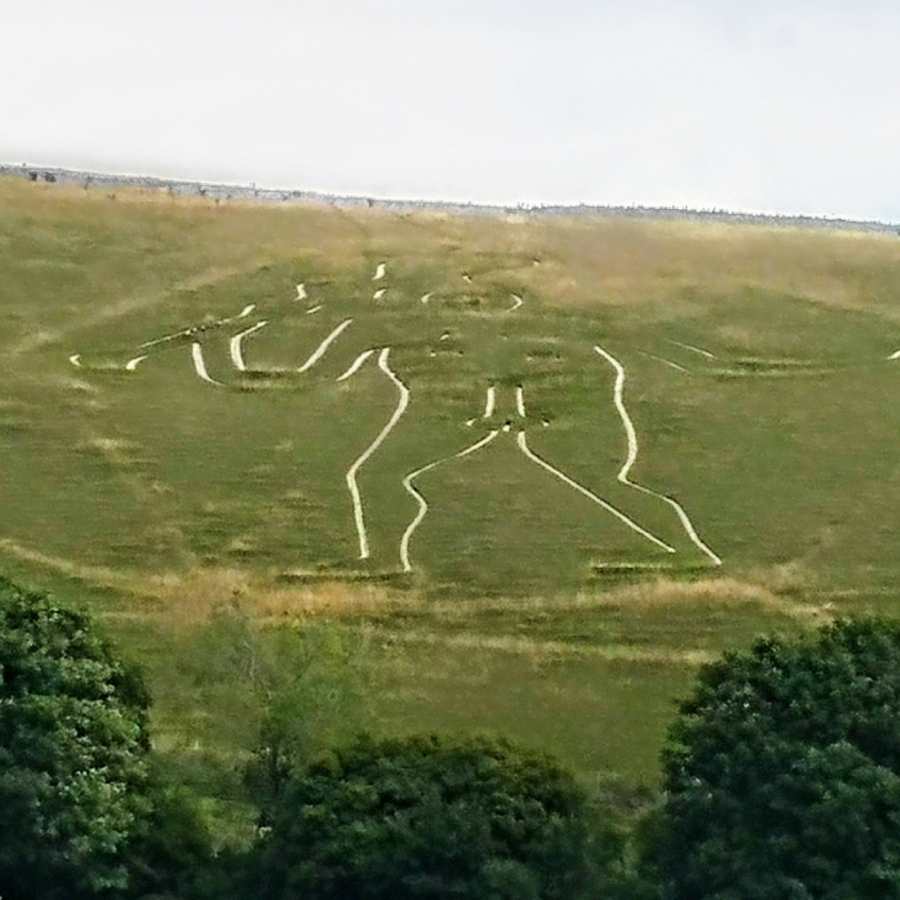 Lots of small posts to catch up on from 4 days in Devon and Dorset; some of the pubs actually let me in !

I based myself in a layby in Dorchester, a perfect location to tackle the hills and beaches. My plans NEARLY came to fruition.

You’ll recognise the next place;

Yes, it’s Cerne Giant, the one with the big dongle after which woke West Dorset CAMRA name their magazine. As you’ll know, the dongle is the spanner in his right hand which was used for attaching the autovac before CAMRA ruled on those.

I assumed I’d been to Cerne’s pubs already, but apparently there’s 3, and only one of them is called the Giant. Not this one;

but this one, which looks the plainest of the 3.

All 3 were busy, some with pashminas from Pimlico delighted explaining the Giant to their Peters and Patsys.

But the New Inn had gentlefolk. Always my favourite, except when they dawdle by the entrance.

The sign at the door said “Wait” so I did, but nothing happened so I bravely approached the bar.

Where the Landlord actually seemed pleased to see me ! Hasn’t he heard of the London Plague.

Apart from telling me about the one way system to the loos I could have been in February 2020. Remember February 2020 ?

Lovely rich Copper (NBSS 3+), and the Landlord popped over while collecting glasses to ask how I was.

Being a great host is easy, isn’t it ?

No, I didn’t sit on the giant dongle to increase my fertility. Or my NBSS scoring.