Yes, it’s the one you’ve been waiting for.

A first visit to the Queen of the East Coast since, ooh, before BRAPA started. There were a good few dozen dotted on the beach on a cold Autumn Sunday. And Jehovah’s Witnesses.

I confess I always assumed it was just a port and a hospital that was so desperate not to see me when I worked in the NHS that it became an early Foundation Trust.

Turns out the port buildings are actually on the Yarmouth side of the Yare, and they make a pleasant sight as you stroll along the riverside looking for Dickensian pubs.

It’s a fascinating place to wander, and so large I’m a bit astonished to read it’s home to only 5,548 souls, which is less than Waterbeach. 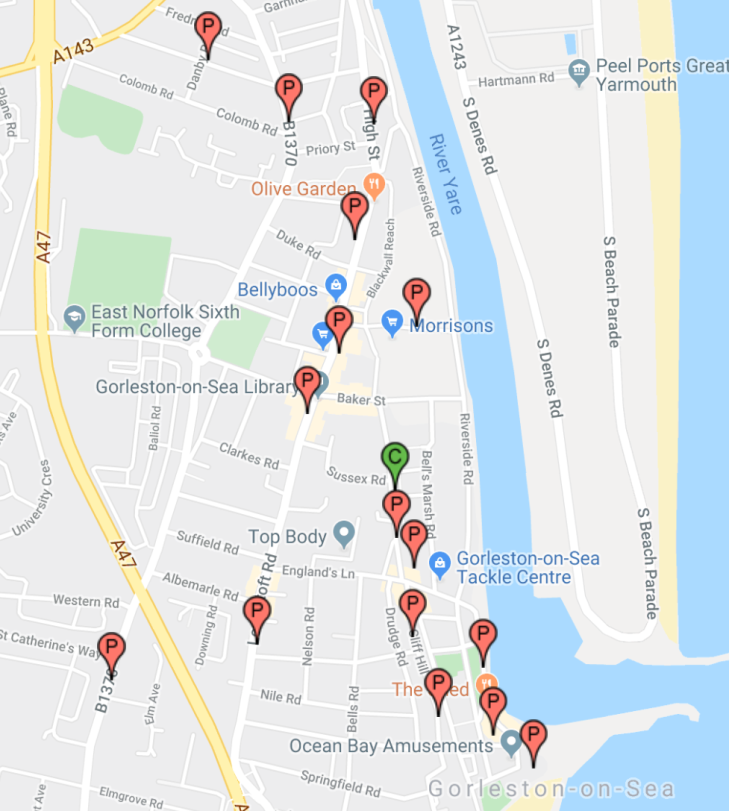 I count 17 pubs, one per 326.35 people according to my calculator, including some real basic corkers for Si to enjoy.

I was distressed to discover the new Spoons wasn’t to be named after either of the town’s two musical legends.

What do you make of a place that ignores the claims of original members of S Club 7 and Hear’Say in favour of a lifesaver. Not Klassy.

More Klassy were the good jumper-wearing burghers of Gorleston, stationed correctly at the bar rather than forming a queue reaching back to the beach.

Problem is, no-one was serving, and at 3pm on a Sunday everyone wants Sex on a Beach (in a tumbler).

So, despite the lack of a chair, I commandeered Table 7 and ordered a half of Broadside off the menu for £1.08. I doubt the guest beers were that exciting.

I felt like a fraud, avoiding the witty banter at the bar by buying via the App. I’ll live.

Look at the scummy head. On a half.

The weakest of Gorleston’s pubs, but the best beer. Way it goes.