I’ve been trying to use a Cyndi Lauper reference on this blog for years.  “I Drove All Night (to get a half pint and kebab in Scunthorpe)” is still on my reserve list, and “She Bop” is being saved for a special occasions. 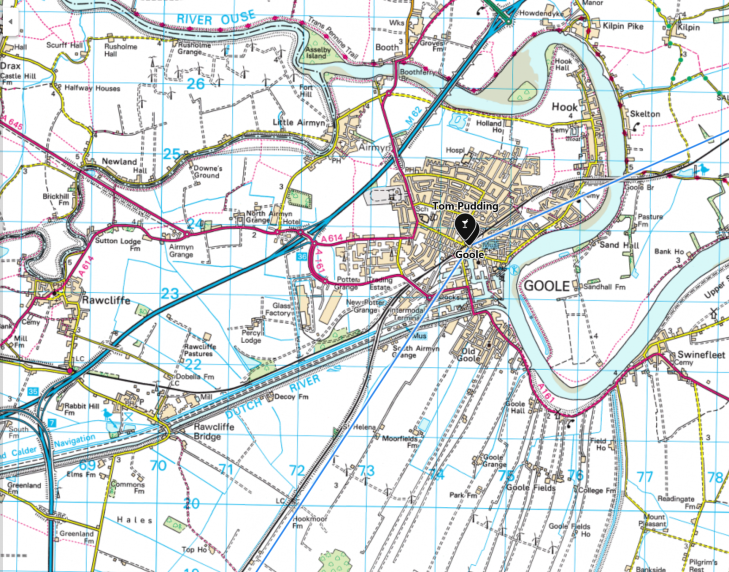 There was a huge crowd of Goolies heading towards me as I arrived in town.

I assumed they’d been alerted to the presence of BRAPA, who had offended the locals by omitting Goole from the title of his post on Tom Pudding, denying them vital tourist custom.

But no, they’d just been burning effigies of Catholics, which is somehow still deemed woke in 2019 etc etc etc

Anyway, the crowds were headed for the Spoons and the Indian restaurant that Mrs RM rates as “the worst ever” back in 1993.

The Tom Pudding, meanwhile, is a corker, micropub or no.

You can’t do much about the basic fabric of a micro; they’re basically rectangular one-roomers.

But you can make your micro inviting beyond the sphere of your middle-aged mates.

And the Tom Pudding has a lovely mix of folk.

Young chaps with posh accents (probably from Epworth) playing cards, a chap with a Corbyn hat, a lady with a knitted poppy, regulars at the bar laughing at someone trying to pay by card.

Coloured cyders, fortified wine,the works. You could be in the Cambridge Blue.

I always feel like apologising when I order a half that’s under £1.50 in a pub, like the Landlord has expended more energy than that in serving me.

At least, you feel obliged too exclaim “£1.25 ! That’s too cheap” to the visible annoyance of the Old Boys who wish it was still a quid a pint.

The Hop Studio is decent homebrew, NBSS 3 or better, the pub is better.

I miss the Mackintosh Arms being in the Guide, the real bikers pubs, but if you reckon Goole is worth a Real Ale Wander, take a look at this random extract for the town from WhatPub.