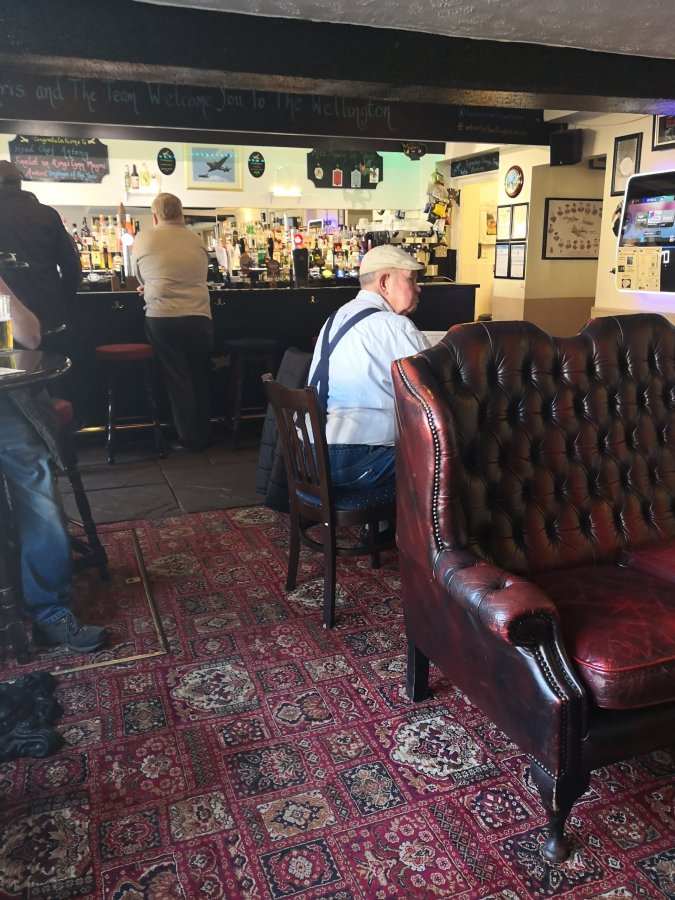 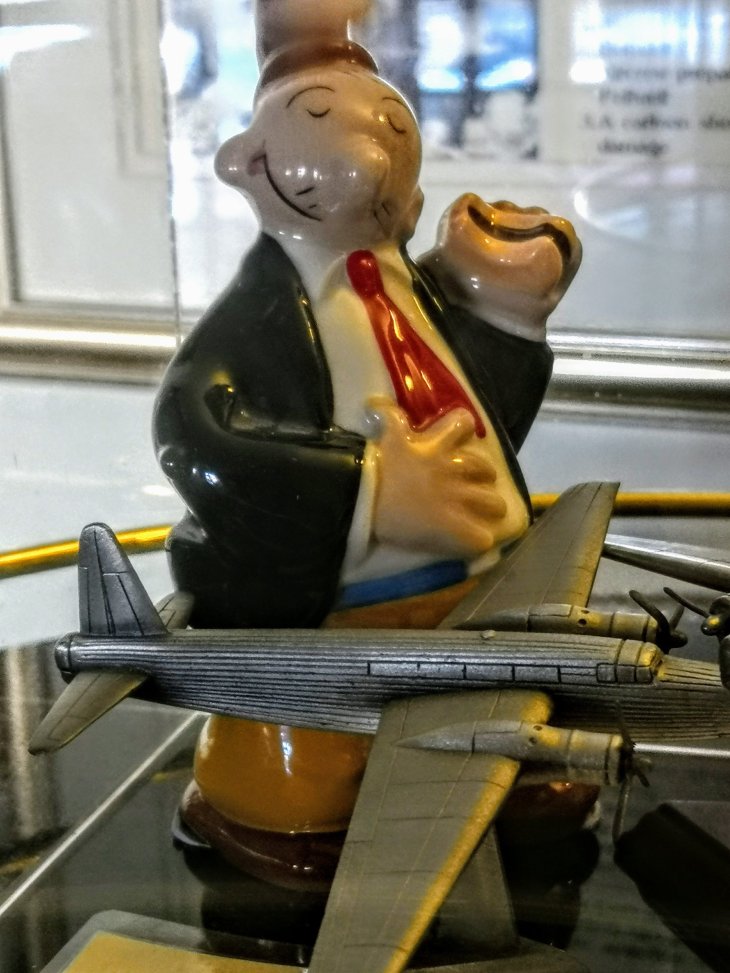 My options for easy ticks have long gone.

As of today, my closest new Guide pub is a cricket club with one handpump in Yardley/Sheldon/Marlborough/East Brum, a mere 3hrs 38mins away on the train. 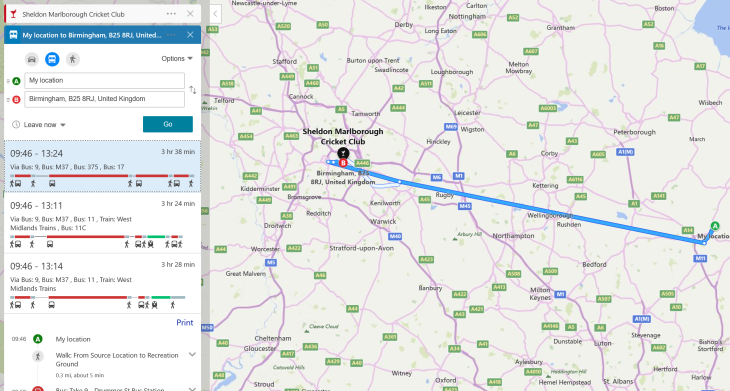 Perhaps I should ask BeerMat to recommend some highlights of the Sheldon area (Andre Marriner was born there ?) and then Mrs RM might drive me in her new car.

These logistical issues mean I’m doing a few more local trips.  If you’d like to imagine they’re for your benefit, you’re welcome. 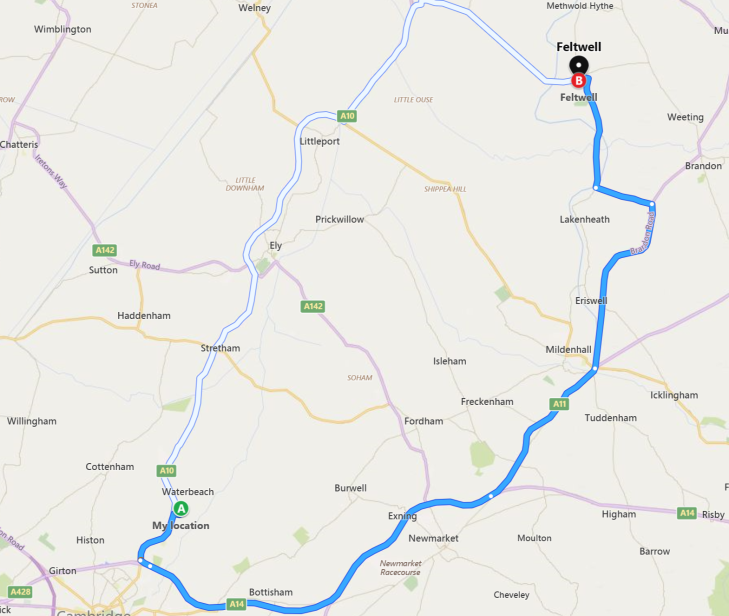 By “local“, I mean places like Feltwell in Norfolk’s US Airforce belt, a mere 46 minutes drive away.

If two Russian tourists were ever spotted here they would no doubt be admiring the Grade 1 listed St Nicholas’s Church,

rather than the mysterious giant golf balls on sprawling RAF Feltwell.

This isn’t an area for the ticker.  Sorry to overload you with maps, but this is a screen grab from the Beer Guide App. No GBG pubs in a 60-odd square mile area, though just east of here you  have the magnificent Ram, an unexpected Brandon boozer.

But I have reports of a pub on the rise, which we visited after the tourist trail.

another church, resplendent in the blue skies, 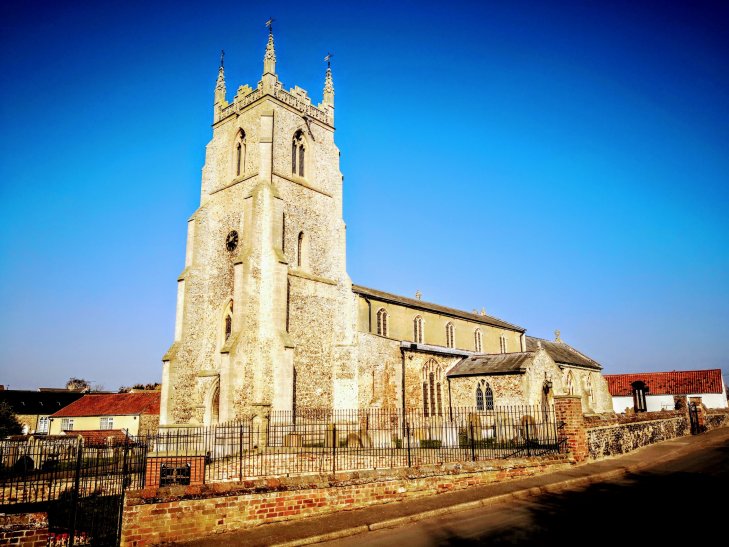 The Wellington is worth your time though, particularly if you’ve any interest in military aviation.

This is a classy place, particularly by Breckland standards. with impressive refurbishment and a pleasant dining room that didn’t detract from the public bar.

Si will love this when he gets here (“N” for Norfolk so probably 2026, by which time it’ll all be flooded). If it gets in the GBG, he adds quickly.

There’s local beers, always a worry, but I go for the house beer and get it thoroughly pulled through first. On the one hand that shows attention to detail, on the other you’ve learnt what the locals drink.

It was really good though, peerlessly matched with a packet of crisps and a packet of poppadoms that I didn’t see much of.

The locals were completely disinterested in Burnley v Spurs (“That ‘arry Kane, ‘ees no good“) and I’d love to tell you they talked about tractors and Americans, but I’d be lying.

Since I was on the coke, it didn’t take much to persuade Mrs RM to pop in the other village pub, so newly reopened that it’s shows as dead on WhatPub.

Earlier that lunchtime there’d been a couple drinking on the benches, now the Chequers was empty.

My photo does the Bar no favours though.

Open since Christmas, said the lovely lady behind the bar as we surveyed the array of beers.

I expected the worst. Mrs RM expected even worse (“Wot no Punk IPA“).

But it was terrific, as good an IPA as I’ve had since, ooh, a long time.

In the sun, it was very pleasant.  As it clouded over, I expect the appeal fades.

I wouldn’t come out from Cambridge, or even Southery for a pint, but I’d certainly cross the road if I lived in Feltwell.  #UseItOrLoseIt.

11 thoughts on “YOUR PRINT-OUT-AND-KEEP FELTWELL GUIDE”