Forgive me if this post is incoherent; I overdid the many joys of the Isle of Wight yesterday, and I have the joy of an afternoon with BRAPA later. Pray for me.

A rather less eventful trip to Eastleigh, apparently the 9th best place to live in the UK.  Which just shows some folk have an odd idea of “living“.

I stayed here a few times before starting this blog.  It’s on the doorstep of Southampton Airport (flights to Guernsey), and has a bargain Travelodge with a lively Spoons next door.

But despite being cheap, and having one of those ambitious Non-League teams we loathe (think Billericay), it’s a modest place, and as a railway town it felt more like Crewe or Crawley than Chichester or Canterbury.

It’s never had a Proper Pub in the Guide in my GBG life, so only to be expected that the newbie is a brewery tap.

I had 20 minutes to opening, plenty of time to bring you an Eastleigh highlights package. Starting with the view from the railway bridge.

You’ll be disappointed to learn I didn’t have time to visit “Benny Hill Close“, inspiration for my blog title. But here’s a statue of some bloke. Probably BRAPA. 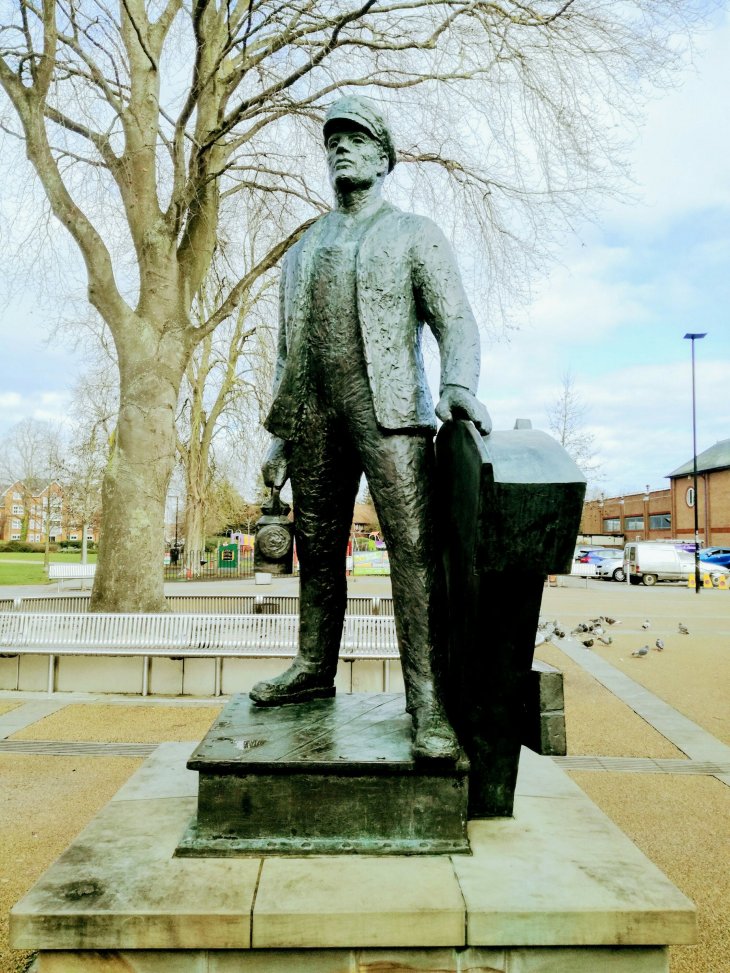 The folk are all cheery, and the string of old arcades sell things people want.

There’s a modern entertainment complex, but it’s the brutalism you come for.

Odd town.  It feels a bit like Frinton-on-Sea without the on-Sea but with added industrial estates and multi-storey car parks.

Very under-pubbed, so Steam Town must be a real boon to the town.

“This must be a real boon to the town” I ventured to the cheery barmaid by way of polite conversation.

“Oh yes ! It is.”  I love enthusiasm, and she was very enthusiastic.

“Would you like to see the brewery ?”  Steady on now.

No, I wouldn’t.  But I did express my admiration for the seating nicked out of the 11:32 to Poole. I like it, even if you don’t.

Hard to judge at 11:01 when you’re the only customer (what do people in Eastleigh do in the morning ?), but I liked the styling a lot.  Nothing on the cheap here.

And if a Cornish Orchards keg tap on a white porcelain wall is sometimes a sign of mainstream craft, there was plenty to attract the Coldwells too.

Sadly, the jukebox didn’t have “Fastest Milkman in the West“, but Eric B & Rakim’s “Paid in Full” was local enough.

Their homebrew was unexpectedly good; cool, fruit and chewy in the Hampshire tradition (think Flowerpots).  An easy NBSS 3.5+.

Just time to sink two flat whites in the Spoons and I was off, praying there’d be a working loo on the train.

45 thoughts on “THE FASTEST PUBMAN IN THE WEST (OF EASTLEIGH)”