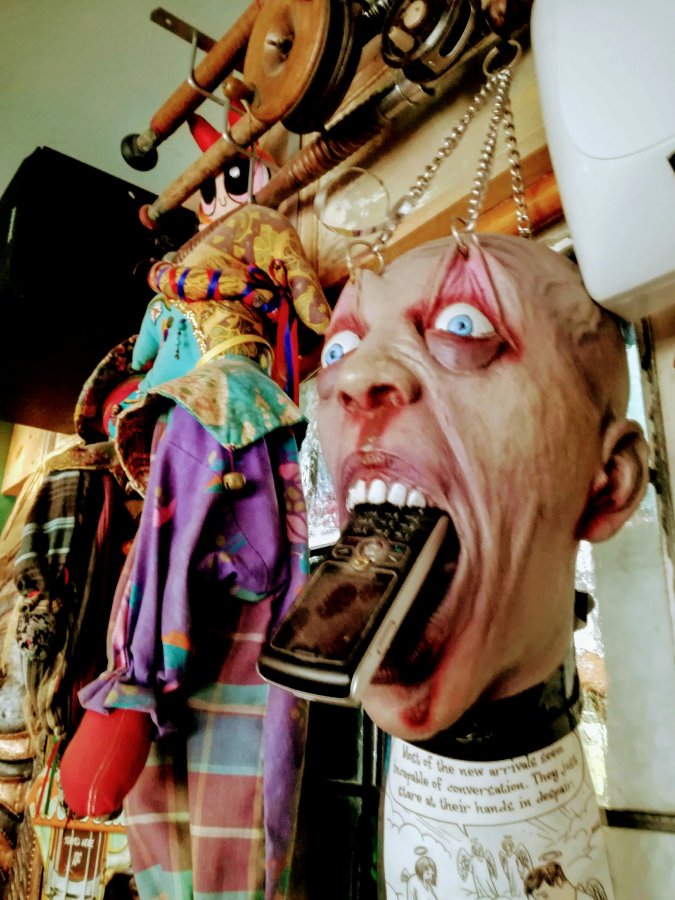 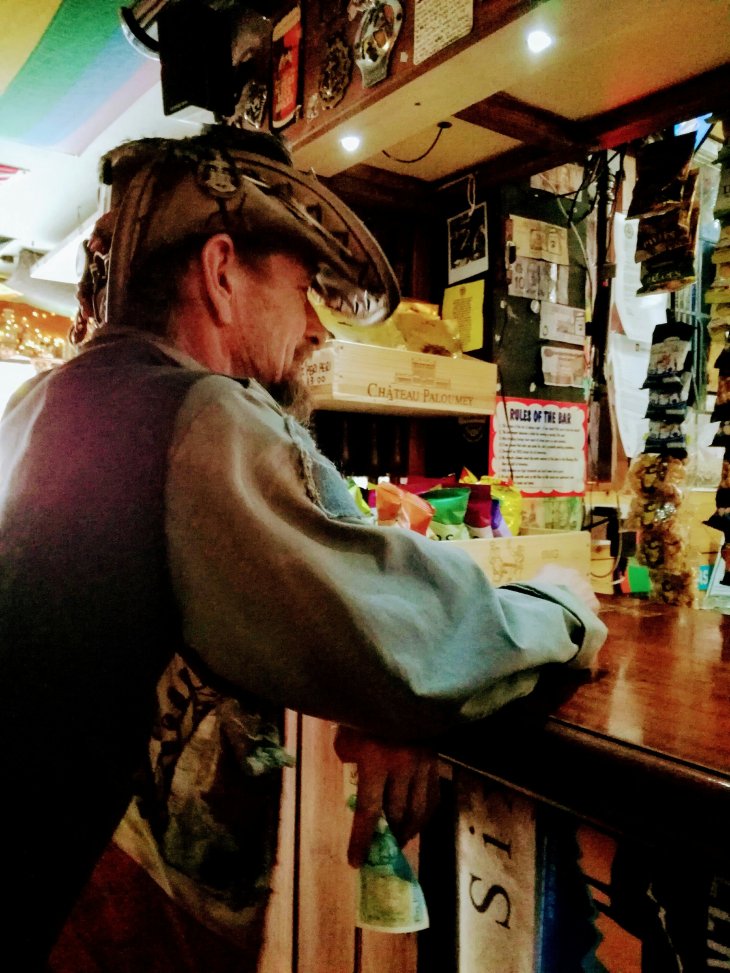 The Firkin Shed, tucked between station and Dean Court Nou, is a bit overkill (almost literally), a bit like the Post Office place in Warwick or the Fez or any of the Baker Street fun pubs in Middlesbrough.

But this is Bournemouth, where you expect decorum and chain pubs. 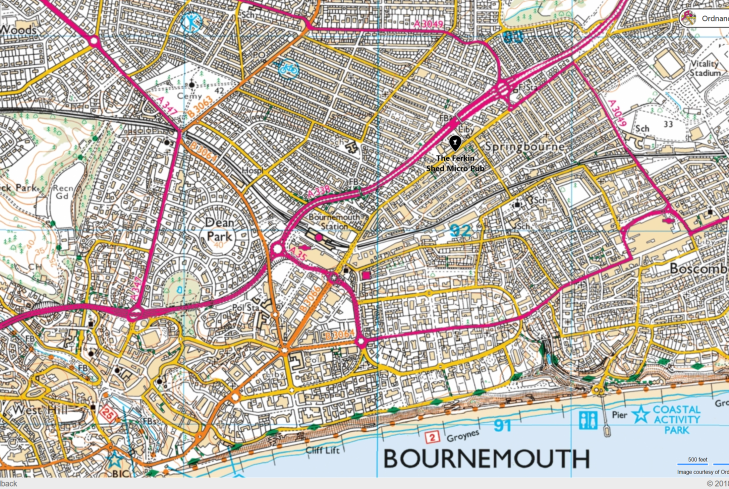 I arrived in the Golden Hour, just before 5, along with all the characters who presumably all drank in the secret pubs on Brownsea Island, or at least Tucker’s Grave, before micros were invented. 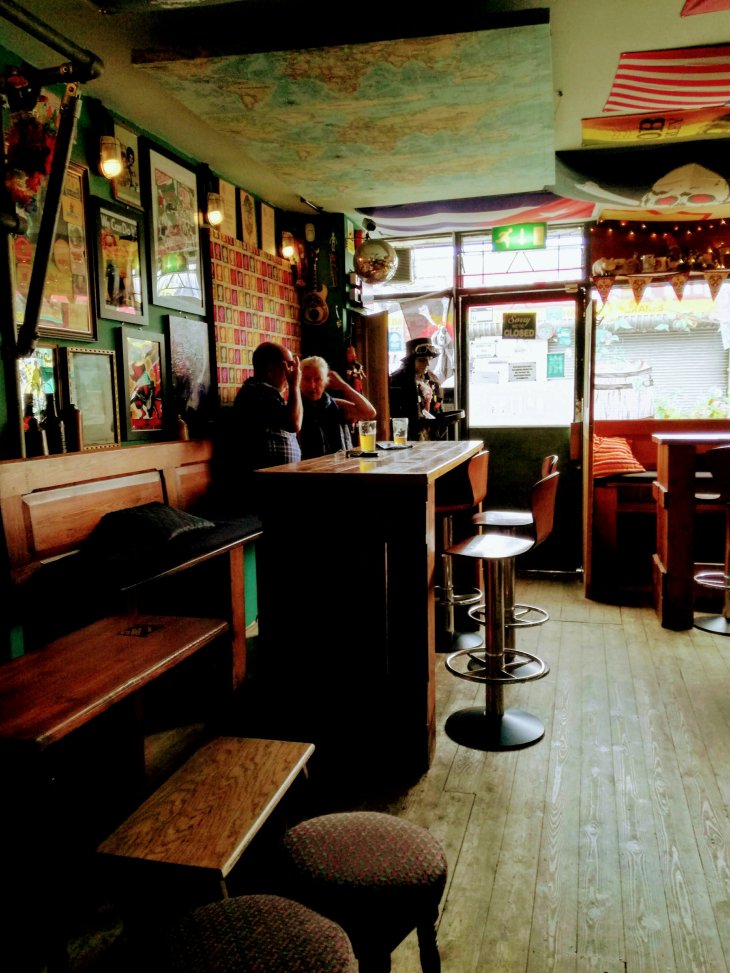 Actually, no. The “Chap with excellent hat” in the first photo gave me a full history of his colourful drinking career while we waited for the Landlady to attend to important matters downstairs (as it were).  Ten minutes is an awfully long time, and led to much furious tapping of coins (of some vintage) on the bar top.

Hat Man was on the hard cider (probably orange), which seemed a good idea.  But my GBG tick depended on the real ale, and the Smash Mosaic got recommended by a random recommending bloke behind me.  It was great, to be fair (NBSS 3.5).  I drunk it at the bar as Hat Man took his tale beyond 1998, and was mildly distraught he didn’t remember the faintly absurd Cottonwood Hotel.

Then some South African lads came in, and weighed up which were the strongest beers to start their evening on. This is no middle-aged drinking club.

Cider Man’s hat looks even better from the other side.  I bet he’s still there when BRAPA turns up. 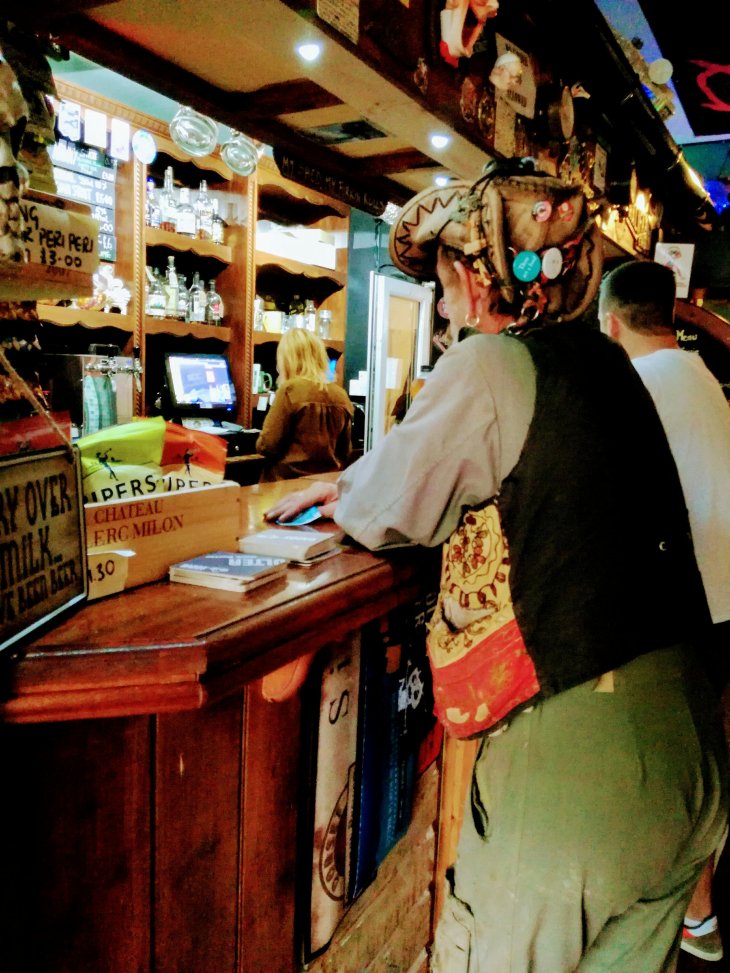